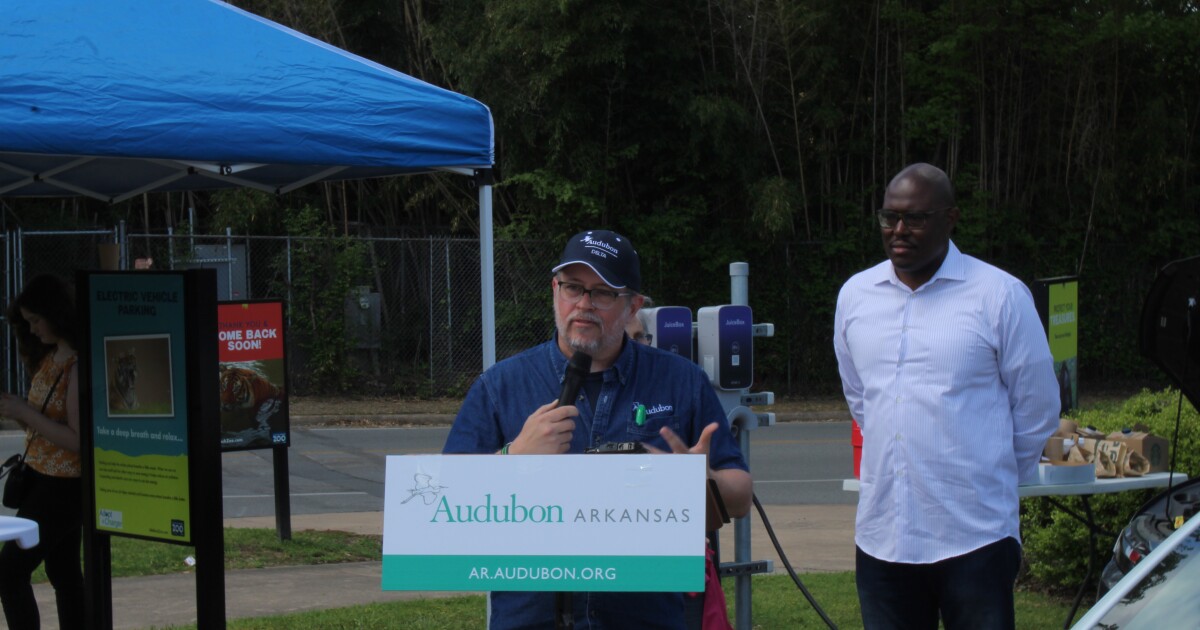 Several energy and environmental groups collaborated on Saturday at an event aimed at educating Arkansans about electric vehicles.

Glen Hooks, director of policy for Audobon Delta Arkansas, said in an interview that the event was necessary to allow people to interact with the vehicles.

“Electric vehicles are the wave of the future and the present right now. Most of the world’s major automakers have decided and have already announced plans to phase out gasoline-powered vehicles and go 100% electric in the future. over the next few years,” Hooks said.

He said he hopes it will remove the stigma that electric vehicles are too expensive.

Drivers also save money on fuel and other services, like oil changes, when they switch to electric vehicles, according to Hooks. He said that comparatively, the cost of charging an electric vehicle converted to fuel prices would be $1.24 a gallon.

Beyond the economic benefits, Hooks said he believes the environmental benefits are vital to the nation’s future.

“Right now, the biggest source of greenhouse gases in the United States is transportation,” Hooks said, “Emissions from our vehicles, our trucks, and our cars across the country. You know, cleaning up our transportation system is probably the biggest thing we can do right now to mitigate the impacts of climate change and really move us towards a cleaner energy future.

He also praised Governor Asa Hutchinson for establishing the Arkansas Council on Future Mobility in February. Not only will the council work to improve transportation in the state, but it will also remove barriers to progress that already exist in the state.

“Here in Arkansas, we have a few regulations that are problematic for the electric vehicle industry. We have one of the highest electric vehicle registration fees in the country. It’s an extra $200 a year, which needs to be reduced,” Hooks said.

“I’m not happy with where we are,” Scott said, telling the crowd at the event that he plans to continue pushing the city’s public transportation toward electric vehicles.

Owen is the former chairman of the board of directors of KLRE/KUAR.