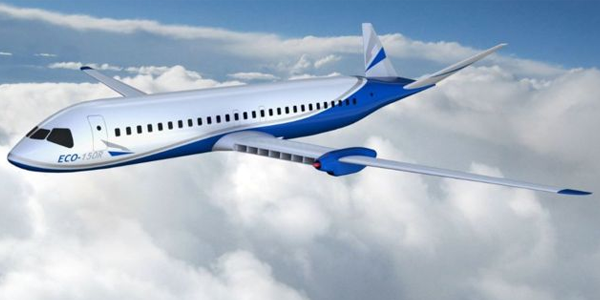 Electric planes encounter many obstacles before taking off. The technological challenges of weight versus range are better known, but electric planes must be certified safe. Guest author Vance Hilderman helps newcomers through certification turbulence and points out air pockets in regulations.

The aviation industry has been in the crosshairs lately due to its large carbon footprint of around 2.5% of global post-Covid carbon dioxide emissions. That’s over a billion tons of carbon dioxide, a number that has quadrupled since 1966. In addition, fossil-fueled aircraft also generate other emissions that contribute twice as much to climate change as CO2.

To solve this problem, manufacturers have made huge strides over the past decade in the development of electric-powered aircraft. Although most of these development projects focus on rather small vehicles – usually watercraft that can accommodate between two and twelve people – some industry players are aiming for full-size commercial aircraft within the next few years.

One example is US company Wright Electric, which is reportedly working on a 100-seat all-electric passenger plane, the Wright Spirit, slated for release in 2026. Another example is Heart Aerospace of Sweden, which is developing a lightly powered passenger plane. smaller but fully electric due out the following year. It is no longer a question of if but when electric aircraft will become a commercial reality.

However, many challenges remain, not only from a technical point of view, but also from a regulatory point of view. Until these obstacles are overcome, electric planes are unlikely to invade our skies.

With any new technology, there are always questions about security. For all-electric aircraft (AEAs), the biggest safety concern is the lithium-ion batteries that will power them. Batteries have the potential to ignite during the charging process due to an uncontrollable temperature rise known as “thermal runaway”. Additionally, any damage to the battery that exposes the chemicals inside to oxygen or water can lead to rapid oxidation and system failure.

Fortunately, these problems can be overcome through the use of effective risk containment systems. This would address the safety concerns of regulators and the general public, but addressing the safety issue creates a new issue of additional weight on the aircraft. AEAs are very weight sensitive due to the low energy density of batteries compared to jet fuel. Although the issue of current battery limitations is a significant technical challenge, many aircraft manufacturers are confident that a breakthrough will be achieved within the next few years. (As for hydrogen planes, here is our detailed report.)

Another safety issue concerns the growing use of on-board electrical systems in aircraft. Components such as air conditioning, cabin pressurization, de-icing, landing gear and braking systems are traditionally powered by pneumatic, hydraulic or mechanical systems. Nowadays, it is more and more common to see these components powered electrically. Benefits of these “more electric aircraft” (MEA) include reduced weight and fuel burn, reduced maintenance costs and reduced noise.

However, as the number of electrically powered components has increased, so have the power requirements and complexity of the systems. The transmission of large amounts of electrical energy around a high voltage aircraft is necessary to minimize resistive losses or Joule heating, but this transmission creates the inevitable risk of insulation breakdown and electrical arcing, which can result in catastrophic equipment failure.

A common complaint that often arises in discussions of new technologies is the slow development of regulations. The development of new production standards and new safety and certification rules by regulatory authorities often lags behind technological progress, which interrupts product development. And that’s exactly what happens with e-planes. The problem for many AEA manufacturers is that they are often forced to design their aircraft without having a clear idea of ​​what the certification rules will be. The FAA is currently working to create special attention for electric motors and is even working alongside some electric aircraft manufacturers, like MagniX, to achieve this. But the process is still slow and must be done product by product.

That said, some significant regulatory hurdles will remain, particularly when it comes to software considerations such as DO-178C. As the share of on-board electronics in aircraft has increased, extensive software testing is needed to ensure that all systems work as they should. Traditional software testing methods involve large volumes of data and a lot of manual effort.

Given the evolving nature of the AEA industry, software testing professionals are constantly catching up by becoming familiar with various system architectures. Adjustments may be needed regarding how software regulations are implemented with electric aircraft.

The increased desire to reduce emissions, reduce operating costs and increase opportunities to open new markets are all driving the development of electric aircraft. However, it’s clear there’s still a lot of engineering and regulatory work to be done before we see the first all-electric commercial flight.
But when that first commercial flight takes place, it will be a game-changer and herald a new era in aviation history while paving the way for a greener future.

>> Guest Author Vance Hilderman has been an avionics expert for more than three decades and CEO of Afuzion, which provides aviation and avionics companies with critical knowledge, expertise and compliance training to Security.

Pittsfield last updated its smoking policies in 2019. Here’s what the health…