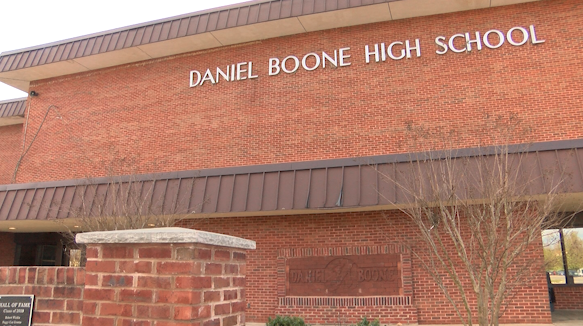 GRAY, Tenn. (WJHL) — The Trailblazers administration is considering a modern upgrade to the way teachers grant their students permission to leave the classroom, in the form of an electronic pass.

“We were looking for something to improve our pass system, increase the number of students in the hallways,” said Daniel Boone’s manager, Tim Campbell.

Campbell says everyone is using the new technology on a trial basis that began on Monday. So, since last week, clipboard dedication sheets with pencils attached by a dangling string have become a thing of the past.

Sullivan Co. mayor calls on utility board trustees to resign amid investigation

Now, when a student wants to use the restroom or needs to visit the school nurse, they can request it through the program on their Chromebook computer.

“So all the teacher has to do is click the approve button and the student is gone,” Campbell said. “There is no dialogue, so it does not interrupt the teaching.”

So far, the new system has been a hit with teachers at the school.

“It’s a time saver for the adults in the building,” Campbell said. “It’s just another security guard where we know we’re taking care of the students in the best possible way.”

Campbell pointed out that keeping students safe is one of the main benefits of the program.

“This system allows us to know where the students are going. For example, if there was an emergency and we had to evacuate, sometimes the students are in the toilets, in the clinic or in the office,” he said. “With the old paper-and-pencil system, you really didn’t know which toilet they went to, but this electronic system shows where that student was headed.”

“We can check the number of passes issued, we can check the teacher’s response time, so it really makes all of us accountable to each other,” Campbell said.

News Channel 11 has received some concerns about the new system from Daniel Boone’s parents, but Campbell says he hasn’t heard any.

“I haven’t heard anything negative about it,” he said. “So if there are any complaints, we would like them to come to us so that we can look into them and try to resolve those issues.”

Campbell pointed out that the program is being used on a 60-day trial basis and no permanent decisions have been made regarding its use in the future.

“We would get our director’s buy-in [of schools]school board members, community members and that kind of thing, because we want everyone to know what we’re doing,” he said.