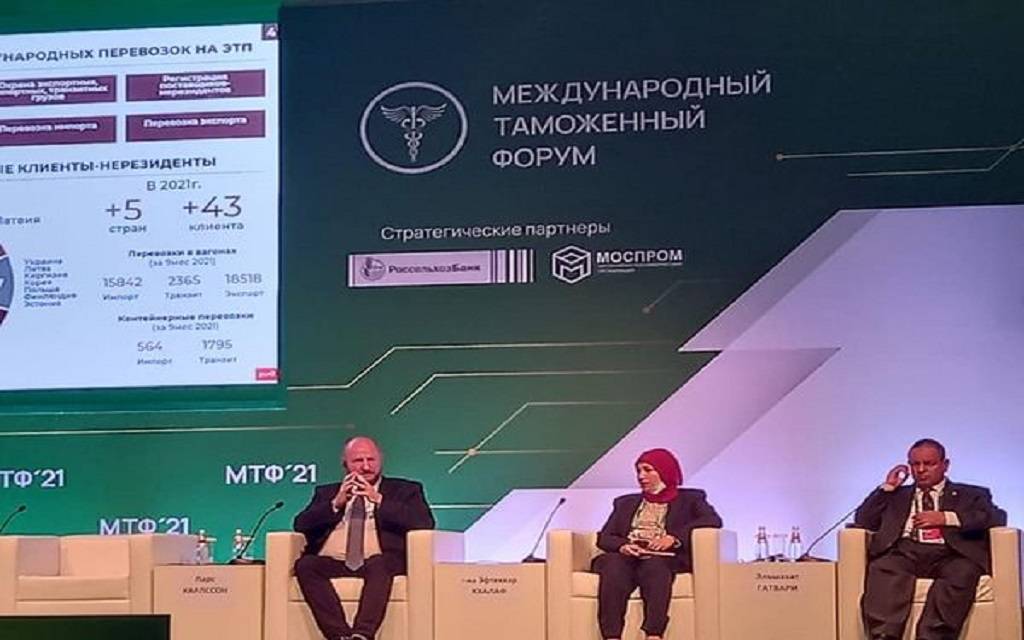 Egypt’s finance ministry confirmed that the state had successfully implemented an electronic system to track goods to the final stage of customs clearance, for the first time in Egypt.

Ghaturi presented the Egyptian experience in modernizing and automating the country’s customs.

He sent a motivating message to the international business community that Egypt’s customs administration system is undergoing the greatest development revolution under the era of President Abdel Fattah Al-Sisi.

He said the new customs law provides legislative coverage for many global customs practices, as it gives legal authenticity to electronic documents.

He added that now customs with goods contracted with the modern electronic commerce system, with the possibility of pre-clearance of customs duties before the arrival of goods, and allowing the exchange of information and secure data electronically between the customs authority and public bodies.

He pointed out that an advanced risk management system is being implemented, in line with the latest global best practices.

“It will enter into effective application at the beginning of next year, which leads to the release of goods without inspection by the green channel, in accordance with the controls established in order to simplify procedures and speed up the release at customs,” explained Ghaturi.

He added that the new law aims to encourage domestic industry, reduce the cost of local production and maximize its competitiveness in world markets.

The new law allows for the payment of customs duties in installments for equipment, devices, production lines and supplies which do not benefit from any exemption or reduction in customs tariffs.

He stressed that the new law consolidates the role of the authorized economic actor, which grants many advantages to companies attached to the so-called â€œwhite listâ€, explaining that in 2019, the implementation of the one-stop shop was launched by creating logistics centers at customs points.

This system now covers 95% of Egypt’s imports and exports, and importers can submit documents electronically through a mobile app and track the goods through to the final release phase as well.