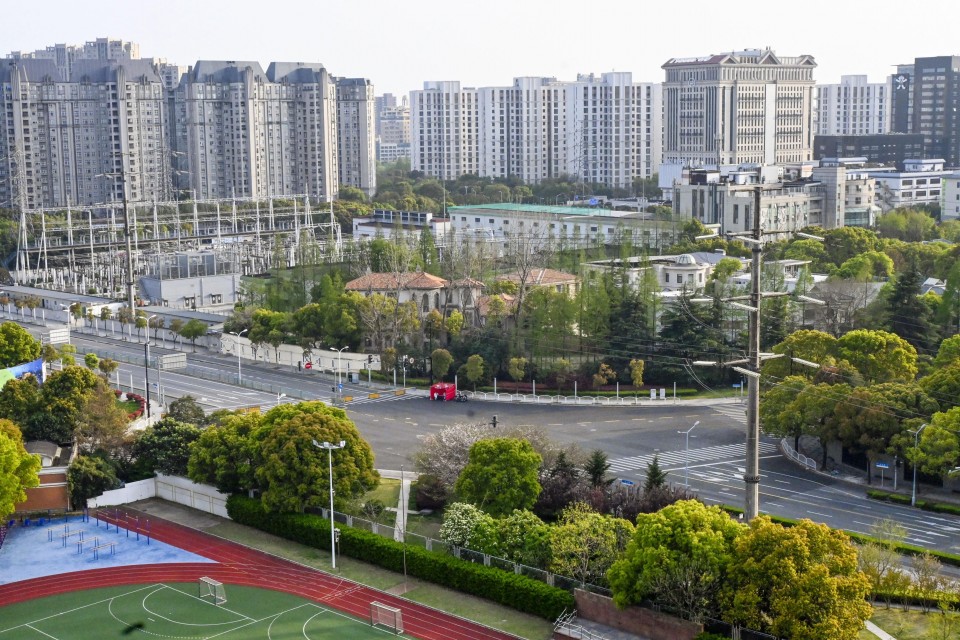 Shanghai’s coronavirus lockdown is forcing Japanese retailers to halt operations in China’s commercial and financial hub, while Japanese manufacturers have also been hit, including by supply chain disruptions.

With the city locked down under Beijing’s sweeping zero-COVID policy amid a rise in infections, Ryohin Keikaku Co., the operator of retail brand Muji, had closed about 50 of its more than 300 stores in China last week.

A lockdown continues in Shanghai on April 6, 2022 to curb coronavirus infections. (Kyōdo) == Kyōdo

“We expect (performance) in the second half of the fiscal year (from March) to fall significantly below our forecast,” Chairman Nobuo Domae said Thursday. The company lowered its profit forecast for its fiscal year through August, citing the negative impact on its China business.

Clothing retail giant Fast Retailing Co. had closed all 86 outlets of its clothing chain Uniqlo and eight stores of its casual brand GU in Shanghai on Thursday.

Tadashi Yanai, chairman and chief executive, told reporters on Thursday that the company was “significantly troubled in terms of revenue and from the perspective of employees’ daily lives.”

Convenience store operator Lawson Inc. was forced to close 80-90% of its roughly 1,000 stores in Shanghai.

Among the manufacturers, Sony Group Corp., Mitsubishi Electric Corp. and Sharp Corp. suspended operations at factories in the city for long periods.

Operations in Japan were also affected due to delays in parts sourcing from Shanghai suppliers. Mazda Motor Corp. closed two factories in Japan for a total of eight days this month, while Mitsubishi Motors Corp. suspended operations at a major factory in Aichi Prefecture for five days from April 11.

Japan Airlines Co. and All Nippon Airways Co. said some cargo flights on the Shanghai route have been canceled due to difficulty in finding mechanics or personnel who can load and unload their planes.

Japan ships semiconductors to Shanghai while importing electronic components from the Chinese city.

“As long as (China) sticks to its containment policy, the impact on the (Japanese) economy will become more severe,” said Kengo Sakurada, who heads the Japan Association of Business Executives.

370 million. people in some form of lockdown in China due to COVID