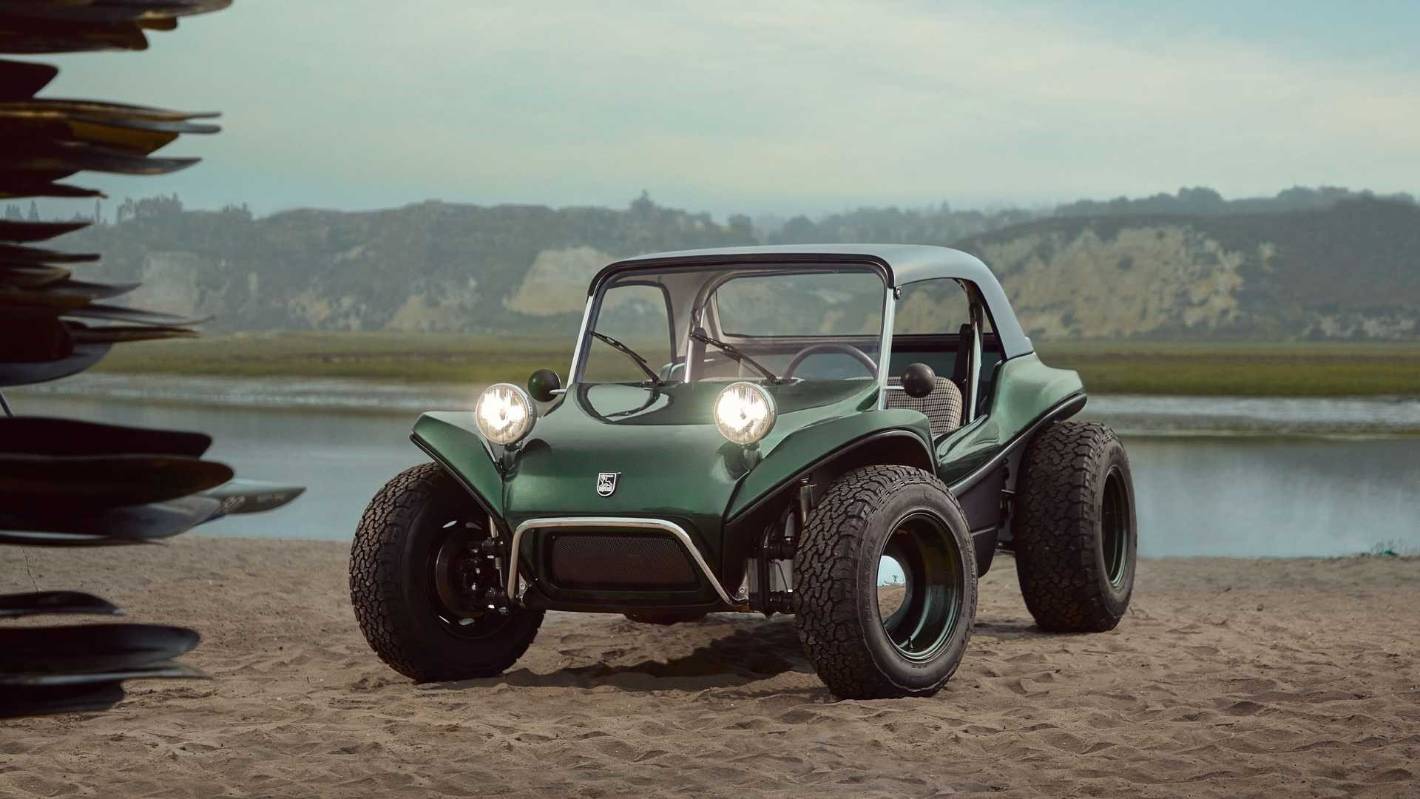 The Meyers Manx was a standard sight on beaches in the 1960s and 1970s, the rorty little beach buggy built on the bones of the Volkswagen Beetle.

While the original has faded over the years, the dream hasn’t gone away, and now we have the second generation to drool over.

It’s very much the second generation too, as the car here is built by the newly reformed Meyers Manx company, run by former VW and Ford designer Freeman Thomas, and is called the Manx 2.0 Electric.

Bruce Meyers looks back on the history of Baja racing and its massive impact on it.

Yes, there are no burbly flat fours here, power instead being provided with two rear-mounted electric motors (one per wheel), making a maximum of 150kW and 325Nm when paired with a 40 kWh battery. A smaller 20 kWh battery will also be available.

The larger pack should be good for around 480km of range while the smaller will offer around 240km. Fast charging at 60kW will be available.

Instead of a fiberglass body, the Manx 2.0 uses aluminum to help with stiffness, which only increases the weight by 180kg over the original. The car is expected to weigh between 680 and 750 kg, making it one of the lightest electric vehicles on the market.

Pricing will be revealed in the near future, while the car will be unveiled in full later this month at The Quail in California. It will be built in the United States and the first 50 cars will be delivered to “selected customers” in 2023 to help with development.