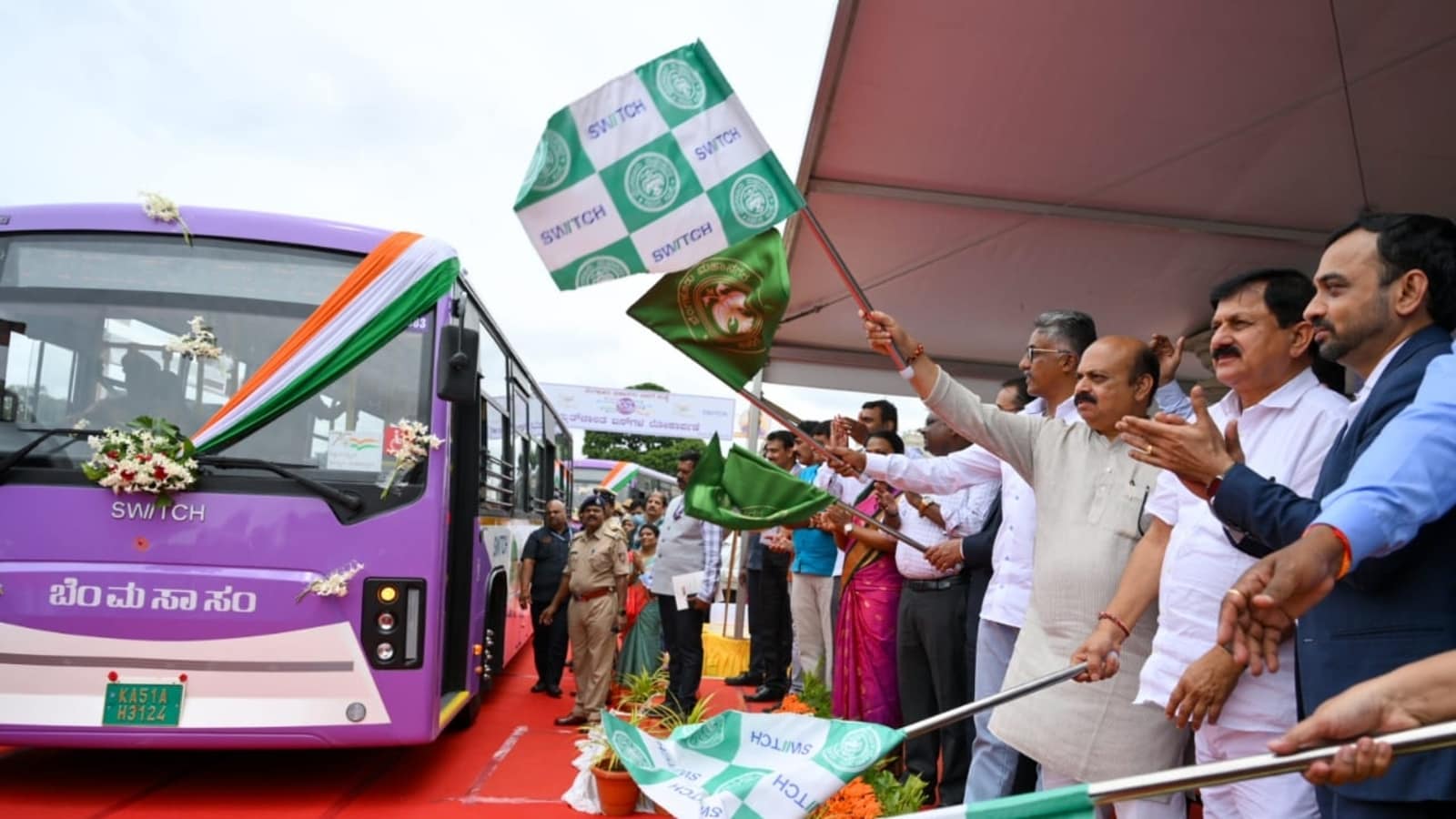 New electric buses on the roads of Bengaluru. Here are some interesting things to know | bangalore

The Bengaluru Metropolitan Transport Corporation (BMTC) has introduced 300 electric buses, which have been dedicated to “citizens of the city” by the state government. Five bus routes have been identified to operate these newly introduced electric buses. These electric buses will run between Kempegowda Bus Station in Vidyaranyapura, Shivajinagar in Yelahanka, Yelahanka in Kengeri, Kempegowda Bus Station in the satellite town of Yelahanka and Hebbal in the Central Silk Board.

Here are some interesting facts about these newly introduced electric buses.

1. Marking the country’s 75th Independence Day, a total of 75 buses are initially introduced by the BMTC on Sunday morning. On August 15 this year, BMTC will complete 25 years of formation and all commuters in Bengaluru will be able to travel for free on BMTC buses on the same day.

3. The buses, which are not air-conditioned, are 12 meters long and can accommodate 40 people without a driver.

4. Buses also have wheelchair facilities, which also run on electricity. This facility is for the disabled commuters of Bengaluru who regularly board the buses.

5. The buses are equipped with vehicle tracking units, CCTV cameras, LED lights and emergency panic buttons for the safety of commuters.

6. The electric buses will run for 150 km after being recharged, and 75 km can be traveled by providing “opportunity charging”, according to a statement.

7. Kempegowda Bus Station, Yeshwanthpur Depot, Kengeri Depot and Central Silk Board Bus Stations will have the facility to charge these buses.