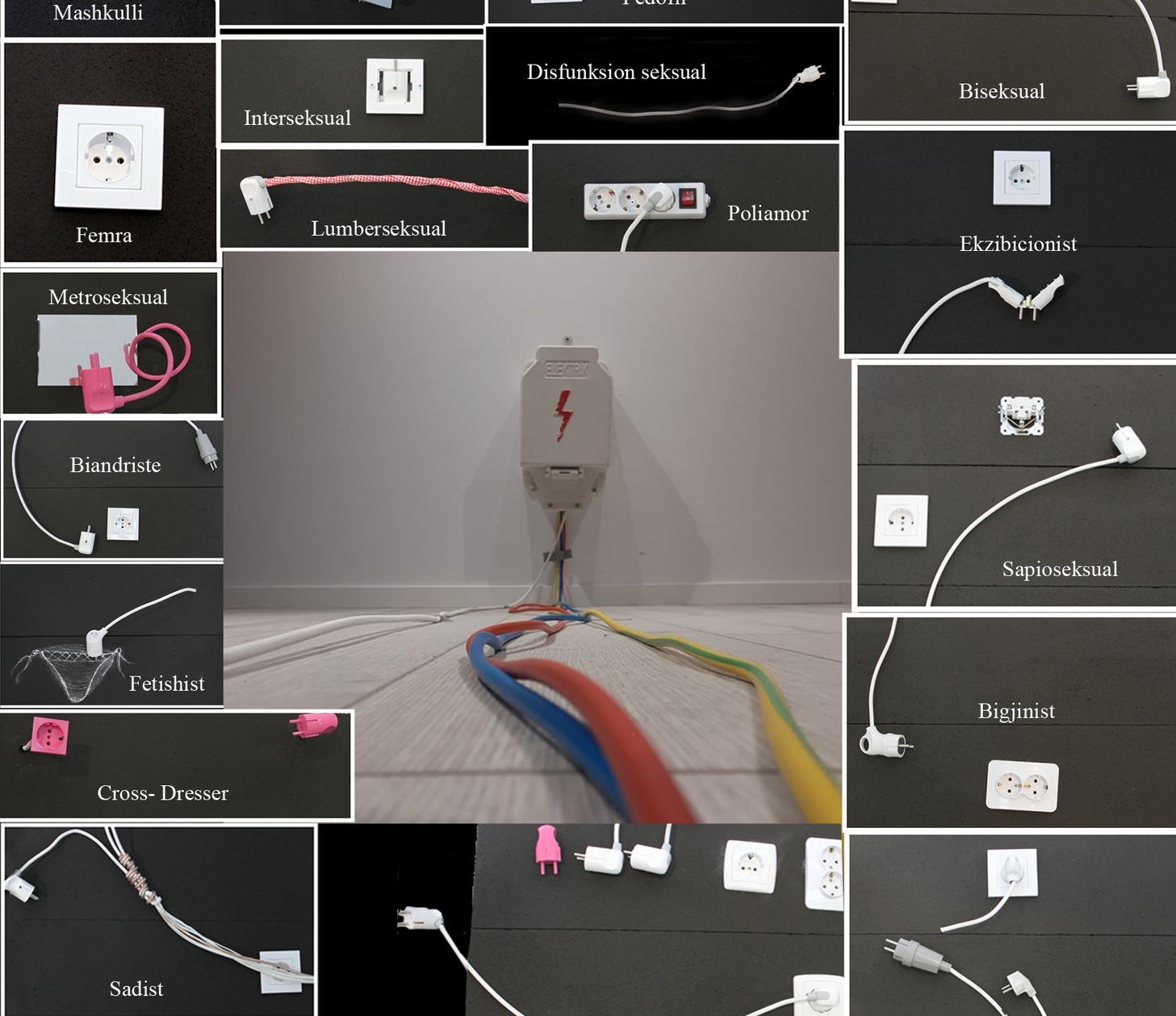 Some 32 artistic objects, such as electrical outlets and sockets, serve as symbols of sexual power and diversity in an exhibition at the City Gallery in Gjilan.

Sexual diversity has taken another artistic form at Gjilan City Gallery through “Short Circuit”, an exhibition revealing sexual energy and power beyond what we normally see – through the electrical devices that are part of our daily life.

Placed on blocks of silk on the floor of the Gjilan City Gallery, this energy is represented in contemporary art through plugs, sockets, cables and colors.

Broken down into its simplest form through the devices we come into daily contact with, the exhibition explores various responses to sexual power and those behaviors that respond to the universality of human sexuality.

“Short Circuit” indicates sexual diversity, from the most common forms of sex to those that are more bizarre and end in spoj, or short circuit, somewhere.

The exhibition begins with an installation on “pedophilia” and ends with “sexual dysfunction”, beginning with concussions and paraphilic disorders, and ending with absence, delay and pain during sexual intercourse.

Rudaku told BIRN that the installations represent normal sexual behaviors and those that are more controversial, depending on the culture, country, period, state and type of political and social system.

Using electrical plugs and sockets, Rudaku attempted to construct an image of a house, a neighborhood, a city, a society, a state, and a multisexual, multicultural world. and multi-ethnic.

According to him, it is not necessary to necessarily end in a short circuit, and that there are different ways of transmitting electrical, or sexual energy, to each of us.

“Each of us has a fantasy about how we receive and give energy, to achieve sexual liberation and avoid short-circuiting,” Rudaku said.

“Short Circuit,” he adds, concretizes the drama of human sexuality with the same medium in 32 installations.

“For electricity, as for sexual energy, there are a multitude of requirements, prohibitions, preferences and fantasies, up to the troubles coded by scientific authorities”, observes Rudaku.

“There is also the short link of human sexuality, outside of the particular social and cultural journey, to provide, awaken, express and liberate,” he added.

The exhibition is called “Short Circuit” because “some combinations cause an overcurrent (in Albanian: marrin spoj) somewhere, and others not – and even in the same place, can change, over time”