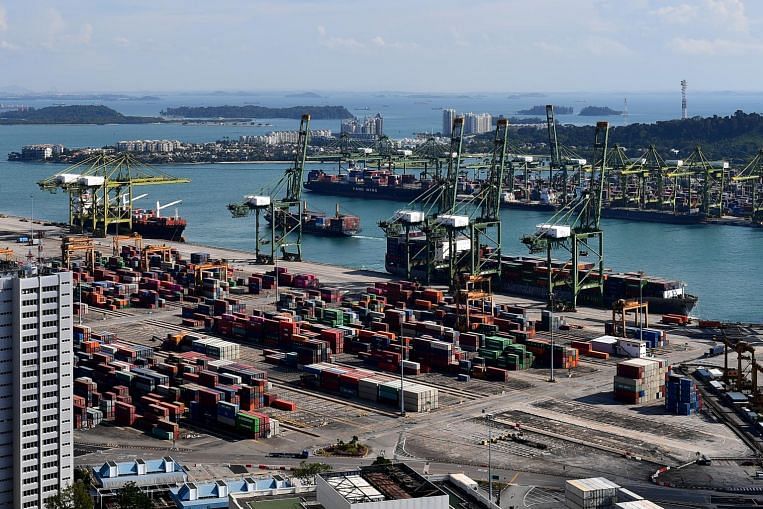 Nodx rose 12.3% last month, for a 10th consecutive month, after rising 2.7% in August, Enterprise Singapore (ESG) said on Monday (October 18). August’s expansion was the slowest since November of last year.

The pace of annual growth has been faster than the 8.4% predicted by economists in a Bloomberg poll.

On a seasonally adjusted month-over-month basis, Nodx rose 1.2% last month, following a 3.5% decline in August, according to ESG data.

Shipments of electronics increased 14.4 percent on an annual basis, extending a 16.7 percent gain in August.

Within the sector, exports of integrated circuits (ICs) rose 7 percent, while personal computers and telecommunications equipment jumped 45.4 percent each. The three segments contributed the most to the growth of Electronic Nodx in September.

Non-electronic exports were led by petrochemicals, which increased by 52.8 percent, specialized machinery (34.9 percent) and pharmaceuticals (27.3 percent).

Nodx to major markets as a whole increased last month, although exports to the European Union, Malaysia and Thailand declined.

The main contributor to the Nodx rise was China, followed by the United States and South Korea.

Gross domestic product (GDP) grew 6.5% year-on-year during the July-September period, compared with 15.2% growth in the previous quarter, the Ministry of Trade and Industry said ( MTI) on October 14.

However, on a seasonally adjusted quarterly basis, MTI data showed the economy grew 0.8% in the third quarter of this year, a reversal from the 1.4% contraction in the previous quarter. .

The quarterly gain is a sign that, sequentially, the economy is on track for above-trend growth over the coming quarters, analysts said.

Will the microchip shortage ruin your holiday shopping?