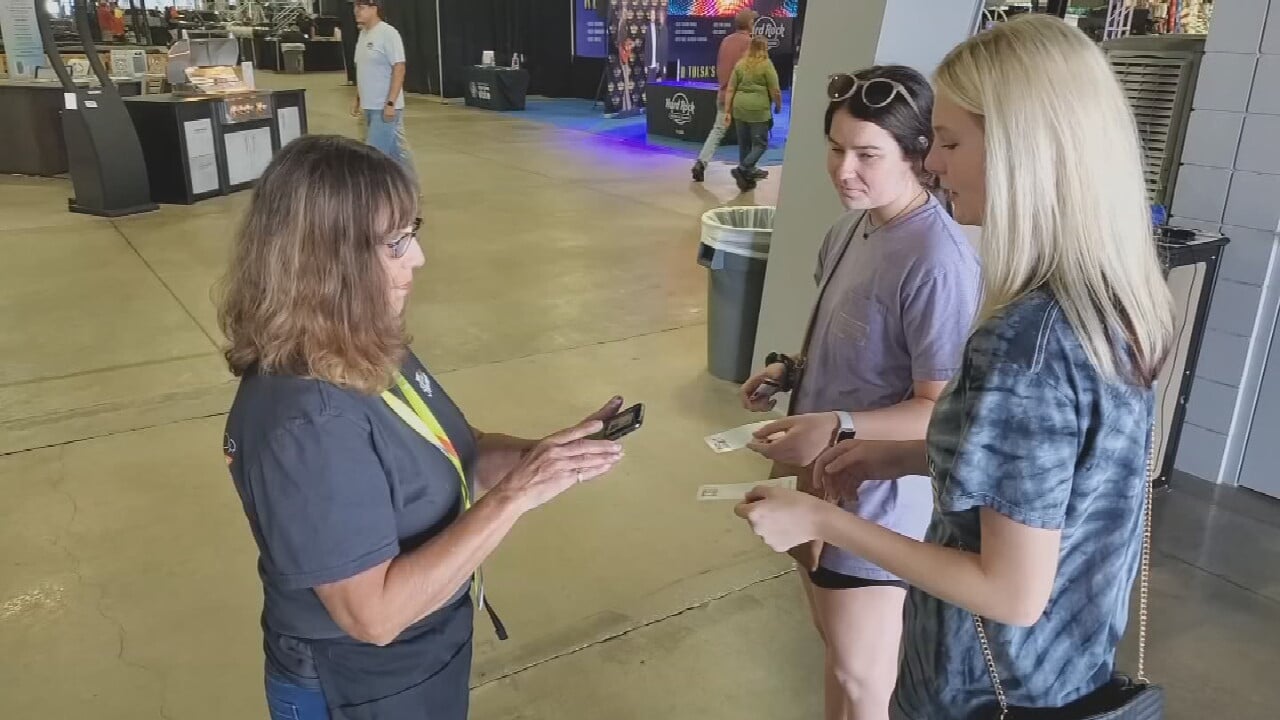 The Tulsa State Fair switched to an electronic ticketing system this year, abandoning a previous system that only generated educated guesses about the actual number of people in attendance.

They now use a computerized system for ticketed entry, instead of paper tickets which has led to the uncertainty. Estimates in recent years have ranged from 900,000 to 1,100,000 people, but the new system will have an exact number of paid entries in the gates.

The fairground bought the new system in part because of a completely “contactless” option for buying and redeeming tickets. The old system relied on weighing the banknotes after they were torn in half and estimating the number.

â€œYou can buy them online and have them in your Apple wallet, so just like a soccer game or a concert, you can show up and they can scan it on your phone,â€ said Amanda Blair, COO. from Fairgrounds.

She said the system will also eliminate counterfeit tickets.

Most people entering the gates on Tuesday appeared to be using paper tickets, which are different this year and include a code that is scanned at the gate.

â€œIt’s much nicer, you don’t have to wait for them to tear it up, they just scan it and no one has to touch anything,â€ said Emily Jacoby.

Halfway, the system is the same as in previous years, wristbands or paper tickets are necessary for the trips.

Last year, an official with the Public Facilities Authority, which oversees the operation of the fairground, pleaded guilty to embezzling $ 654,000 in cash from box office sales at the fairground over several years.