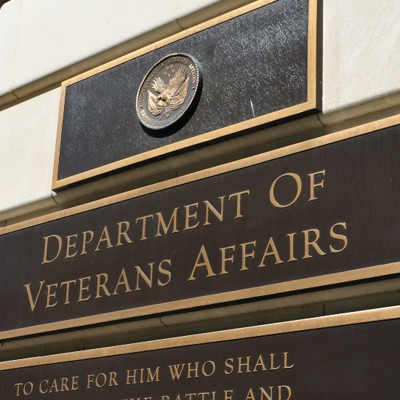 Two senior Department of Veterans Affairs officials tasked with training Mann-Grandstaff VA Medical Center employees to use the agency’s Cerner Millennium electronic health record system provided inaccurate data to inspectors reviewing the implementation of the software, according to report conducted by the Office of Inspector General of the VA.

The report was launched after OIG investigators reviewing the deployment of the first commercial EHR system at Mann-Grandstaff in Spokane, Washington in October 2020 encountered “significant challenges” in receiving detailed information on staff training efforts. on the new software, as well as data. on staff proficiency with the new program.

The OIG report found that the executive director and director of training strategy for the change management group of what was then known as the VA Office of Electronic Health Record Modernization, or EHRM, “didn’t failed to provide timely, complete and accurate information and data to the OIG, which hampered monitoring efforts The change management team was responsible for overseeing the training of staff members on the EHR system and to ensure that they were competent in the use of the new program.

Although the report cleared the two senior executives of intentionally misleading OIG inspectors, it found that “leadership’s lack of care and diligence resulted in misinformation being passed on” to investigators assessing the EHR training process.

The OIG found that senior managers had submitted data to investigators suggesting that 89% of employees passed their proficiency tests in three attempts or less, without disclosing that the reported figure excluded all failing data. The error resulted in a skill check pass rate that was more than double the actual rate of 44%. The report faulted senior executives for “failing to recognize red flags and confirm accuracy before releasing revised results.” The OIG also found that change management officials submitted a slide to investigators outlining a training evaluation plan without disclosing that it was a draft version that had no prior use. been approved.

The report was released along with another OIG report that found the agency’s EHR software at Mann-Grandstaff had a flaw that failed to alert clinicians when clinical orders were being routed to the “work queue.” ‘unknown wait’ from the system, which stores commands with incomplete routing information. This investigation revealed that more than 11,000 clinical orders were directed to the unknown queue, which had a detrimental impact on patient medical care and directly harmed at least 149 veterans in eastern Washington.

Senator Jerry Moran, R-Kan., a senior member of the Senate Veterans Affairs Committee, said in a press release that both reports “illustrate patient safety issues that can be directly attributed to failures at the highest levels of the VA, including the department’s failure to ensure staff are candid and open with VA investigators. ‘OIG working to uncover system problems’.

“Patient safety and honesty within the VA should be top priorities, and without those two things, we can’t even begin to troubleshoot issues with the EHRM system,” Moran added.

The EHR system has been plagued with issues since Cerner received a multibillion-dollar contract in 2018 to replace the VA’s medical records database with a streamlined system that could be shared among medical facilities across the state. agency, as well as the Department of Defense, the United States. Coast Guard and other community health care providers. Last month, Oracle completed its more than $28 billion acquisition of Cerner and its EHR business.

VA medical employees using the EHR system have reported low morale following the transition to the new program. In a survey of 833 Mann-Grandstaff employees conducted by the VA National Center for Organization Development and obtained by Nextgov last year, two-thirds of medical center staff said they were considering quitting their jobs because of the software.

The VA announced last month that it was delaying additional deployments of the EHR system to new medical centers, following a series of ongoing technical and logistical issues with the program. The delays came after a series of outages – 11 reported from April to June this year, including an outage in April that took the system offline for nearly three hours – highlighted serious flaws in the system and affected medical care for veterans.

Ongoing issues with the implementation of the EHR system have led to increased scrutiny by Congress and calls for additional oversight. Last month, President Joe Biden signed the VA Electronic Health Records Transparency Actwhich will force the AV to submit quarterly reports to Congress on the cost and performance of the EHR system.